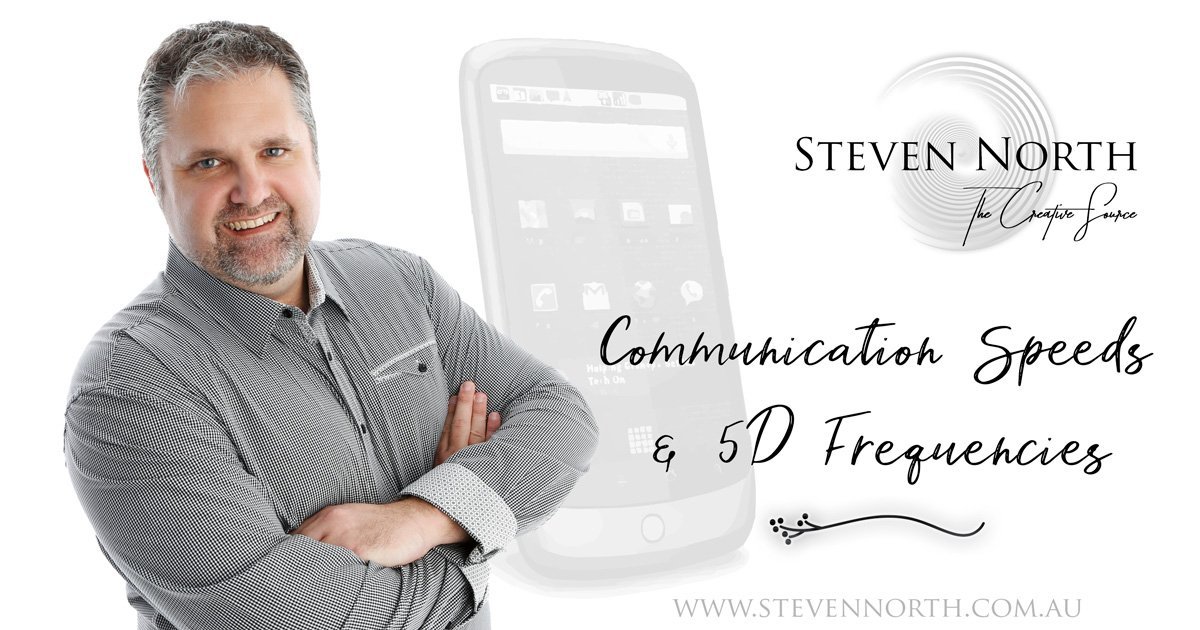 Perceptions, Translation, Written Communications all play a huge role in expression, especially when wanting to try to explain something. What can be perceived as a very simple topic such as baking Tiramisu like Nonna can be basic, to another, it's not so straight-forward and further explanation is required. I never do like arguing over written communications (like SMS) as I'm going to read it in my own voice, with my own awareness, with my own knowledge and the potentiality for misinterpretation is pretty big.

Below is a post that I made on Facebook a day or so ago and when writing it, I clearly understood it in my head, I knew what I wanted to express but the comments that came from Facebook indicated that whilst I could clearly understand it in my head, there was room for confusion & misinterpretation. When I was asked for my perspective of the 5G, I haven't researched into the health impacts but one thing I did know is that the speeds that they talk about is for a purpose that I am aware of and that is preparing humanity for the speeds of the 5th Dimension.

So with that introduction, let's dive right into the original post I made, what surfaced and I've dived further into providing clarity into what I was writing, the perspective I was coming from and even included articles for further reading if you wish to understand more of the 5G. The Dr Karl article from the ABC, the New York Times (and another saying they got it wrong) and an Academic Paper from Washington State Unviersity that I discovered when looking for harm caused by 5G.

Someone asked me for my perspective on the 5G chaos that's been happening lately and I recalled something that was said. It explained that, "the speed of communication is introducing humanity to the speed of the fifth dimension".

Whilst electromagnetic frequency waves can lessen the third eye as there are indeed certain sound frequencies being placed through certain mediums such as radio, television, these sorts of things and these sound frequencies are there to lessen the third eye. It really doesn't matter so much as when one goes through an awakening lifetime, they are introduced to techniques to increase & cleanse it.

So in my own perspective, the fear that is created around these 5G speeds is merely fear. Many people promote & market that they are 5D experts but also protest against technology such as 5G that is designed to prepare humanity for the 5D speeds. I don't entirely understand that myself, are they falling into a collective belief to hold on to the old or a collective fear of change?

Eventually, the speed of communications will be at the speed of thought as ALL OF IT is designed to train humanity to be telepathic.

Technology may never be perfect which encourages innovation & inspiration. Since originally sharing this post on the Facebook page, the comments about it has created more research and the responses as the 5G topic is rather big. There are many articles and papers written on this topic that trying to understand it whether or not it is good is proving to be difficult "Who do you believe?". With so much focus on the health implications for all living life associated with the Electromagnetic Frequencies (EMF), the nature of this original post had been overlooked primarily because I used the term "such as 5G" and it required clarity.

It really is quite an interesting topic because when looking at these messages, especially when doing it in a quote form, it comes down to the perspective of the reader and how they interpret it. The phrase "such as 5G" was not exclusive to all forms of communications. Today, we're wanting mobile phone calls that aren't disconnected, bluetooth connectivity that doesn't drop off when listening to your favourite music on Spotify, real-time video communications in high-definition and the future of technology is, well, one can only imagine and that's what has been happening. The latest Apple phone (if you get the highest spec phone) costs $2,500 AUD which you can get a gaming laptop for that price and we're literally using Supercomputers in our pockets. Steve Wozniak has said that technology is pushing boundaries because the circuit boards can only get so thin and then they will develop something even more.

In the early 1940's, IBM's president, Thomas J Watson went down in history saying "I think there is a world market for about five computers." and today, we've got 5 computers (phone/tablet devices) sitting in our top drawer. Any time new technology is released, we need to upgrade and I've been using my speaker system with a headphone jack and today I'm thinking, heck, I may need to upgrade to a bluetooth connection if the next mobile device won't have a headphone jack.

Going back to the topic, one thing I have noticed is that when people talk about 5G, their thoughts are immediately on the health implications as was raised within the comments over on the Facebook post and from what I've read, with so much conflicting information, they're most likely correct to worry. On the other hands tho, it is very true that the speeds of these technologies (internet) are indeed introducing us to the speeds of what is these 5D frequencies. They're introducing us to the understanding of how the consciousness network functions.

When writing this post, I didn't want to focus on writing about the specifics on the technologies as to how they created such speeds as I've seen that it is a danger zone of a topic to write about. There are groups that are bringing the dangers to the awareness of others, there are newspapers writing articles to try and help readers with their fears and as one person wrote to me:  I am struck with whether or not you have done enough research to give any insight whosoever? They're all perfectly valid and the systems used to create these fast communication speeds is not something I wanted to go into.

So what is it about Electromagnetics?

As it got explained to me years ago and documented in the article 'The Blast Awakening':

The reason as to why we use electromagnetic systems is because we are able to and have the ability to control the energy waveforms, we are able to create technology and utilise these waveforms to achieve what we want to achieve. This is why it's been used for so many years and when we're dealing with evolution of technology for a civilisation, it is not instant, it is not necessarily over night and it does take time to develop. Also, with the timely tranisition into systems that utilise the likes of scalar energy, the technology we have today hasn't been able to utilise those waveforms and be commercially available. Also, if we instantly switch to a new energy structure overnight, everything would need to be upgraded, all electronic systems would need to change. These sorts of evolutionary periods take time to roll out.

In the article, 'The Blast Awakening' There is an audio file towards the top of the post where a laptop is having a hard time, it sounded like it was going to explode and this is my own personal energy system, one that is conducive of scalar energy being in direct conflict with electromagnetic systems. They explained my own experiences over the years of my lifetime (until then) in order to help jog my own memory.

When cogitating more on this topic today, I was able to see how these EMF technologies, whilst the possibility is that they're not healthy, they are indeed helping as people are stepping up, speaking out loud and saying: "We do not want these damaging systems in our world". I began to see that what they told me about years ago, the demand for non-electromagnetic systems is beginning to surface. With the members of the public speaking up, the health concerns that have been raised, it will begin to put pressure on technology companies and their research into alternative technologies that aren't dependant on EMF. When this occurs, it will be another giant leap for humanity. It will be the equivalent of going from the Stone Age to the Bronze Age. It could be called the EMF Age to the Quantum Age. So from my own perspective, even if the technology isn't healthy right now, what is to come, what is happening with the people speaking up is one incredible positive outcome.

The original post was originally focusing on the speeds of communications and how, these speeds, over the years have change, we've changed, we've gotten used to faster connectivity and this is continuing to grow, this is continuing to gain momentum and its purpose is prepare ALL OF US for the speeds at which the 5D frequency resides. The technology isn't restricted to the limitations of just 5G, there's Gigabit Networking, Pentabit Network, Optic Fibre Cable, NBN (Although, that's already slow!) and the list goes on. Optic Fibre uses light, it doesn't emit Electromagnetic radiation accorinding to the internet.

We're bombarded on a daily basis with a plethora of EMF frequencies for years. When we visit a shopping centre, we can use mobile phone apps to look at how many wi-fi signals are being broadcasted and there's A LOT. There are Wi-Fi networks everywhere, there are telephone towers everywhere, there is so much wireless communication activity that even I've pondered how it is impacting the physical body. I've often wondered about it ever since I heard that laptop go crazy.

After reading the academic papers about it, looking for research into 'harm caused' by 5G... It left me questioning as to how was this technology implementation allowed if they do cause much harm. Why are foods/medication/etc so controlled & moderated whereas technology such as this isn't? With technology always changing as fast as a video going viral, is there any form of regulation for such technologies. Where is the future headed?

Below are a few articles that I've looked over since this topic was raised to my awareness since sharing this post, looking at both sides of the debate but REMEMBER!!! This post was never referring to the technologies that is being used to create the communication speeds, it only referenced the SPEEDS that the technologies deliver.

Grounding the Soul into the Body